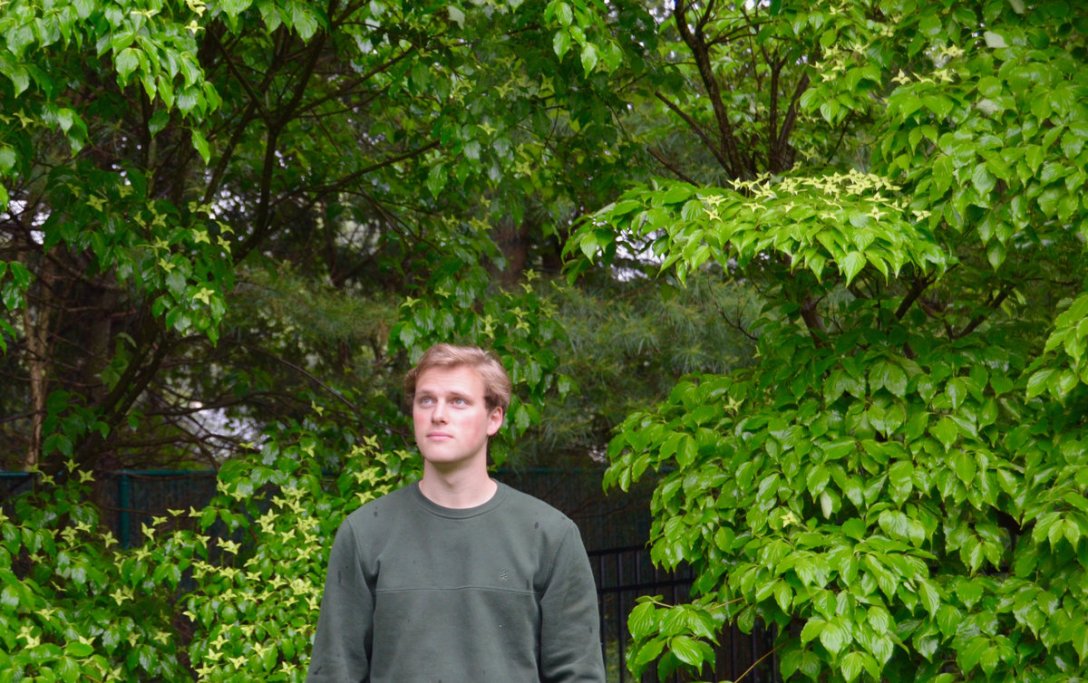 ryan gebhardt has recently put down roots in the midwest, but he recorded his self-titled venture as stanley in various boston and new york studios.  if its lead single is any indication, the album would be a perfect soundtrack to such a cross-country move.

“brewin’ up” coalesces around a meandering, bucolic guitar motif that brackets breezy vocal snippets, permutating slightly with each new iteration.  the end result is a four-minute soft pop gem, delicate am-radio sparkle that is remarkably assured in its delivery.

stanley arrives september 22nd via the tag-team efforts of forged artifacts and king forward records.  sample its offerings with “brewin’ up,” below. 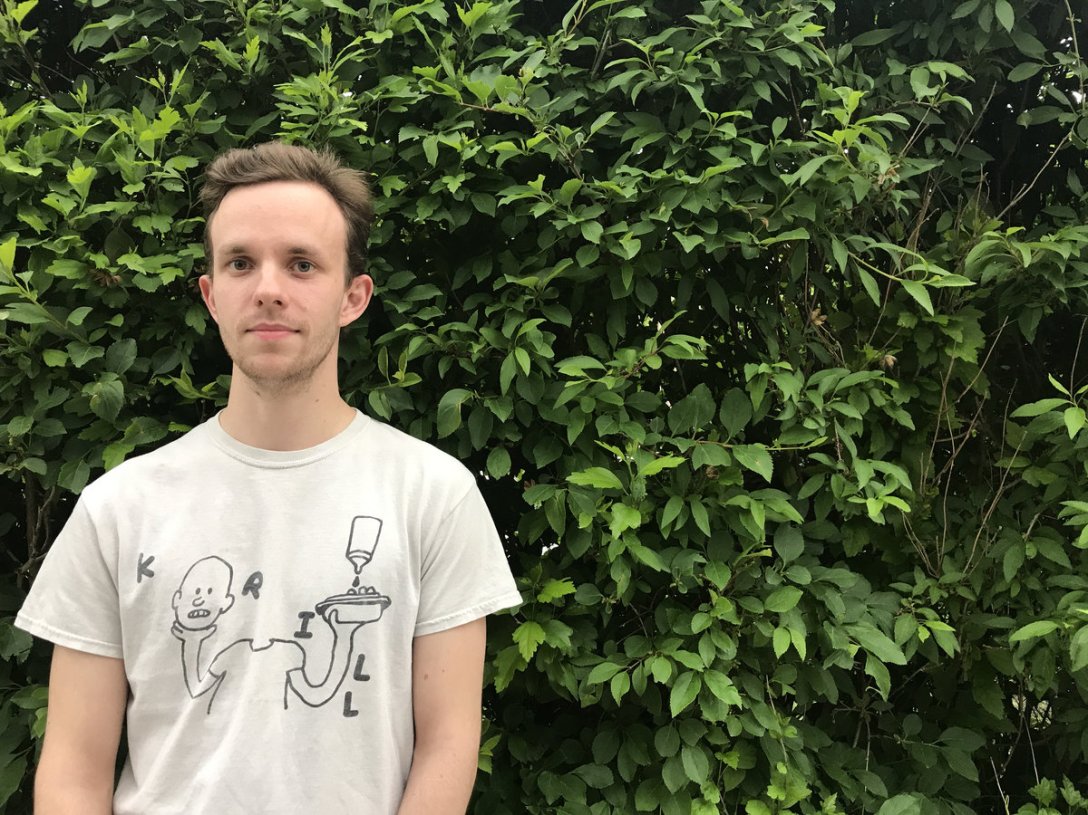 space mountain is the artistic vessel for boston’s cole kinsler, one that has yielded a handful of introspective, folk-rock-oriented albums over the past few years.  kinsler will return with his latest, supermundane, out august 4th via the always-reliable forged artifacts.

an early sampling of supermundane suggests that the album will do anything but live up to its name; “white light” is a rambling, compelling introduction, one that fuses kinetic acoustic guitars and swirling organ leads with gusto before kinsler’s deep, distinctive warble consumes the track.  his baritone, replete with the slightest twang, is a compelling narrator, although the fuzzed-out melodic figures that percolate to the surface momentarily give the lyrics a run for their money.

“white light” is ripe for consumption at any time of day, as is riding this project’s namesake.  take a listen below.

the best kinds of power-pop songs are packed full of indelible counterpoint.  on “i need you,” the lead-off single from private interest’s forthcoming debut ep, only for a moment, the minneapolis quartet pits a robust, busy bass line against chiming guitar chords, and then weaves a winding countermelody through that already-solid infrastructure.  throw an impassioned lead vocal and a scorching guitar solo on top and you’re left with one of the more impressive sub-two-minute singles to surface in recent memory.

only for a moment is out october 21st via the ever-important forged artifacts.  take a listen to “i need you” below. 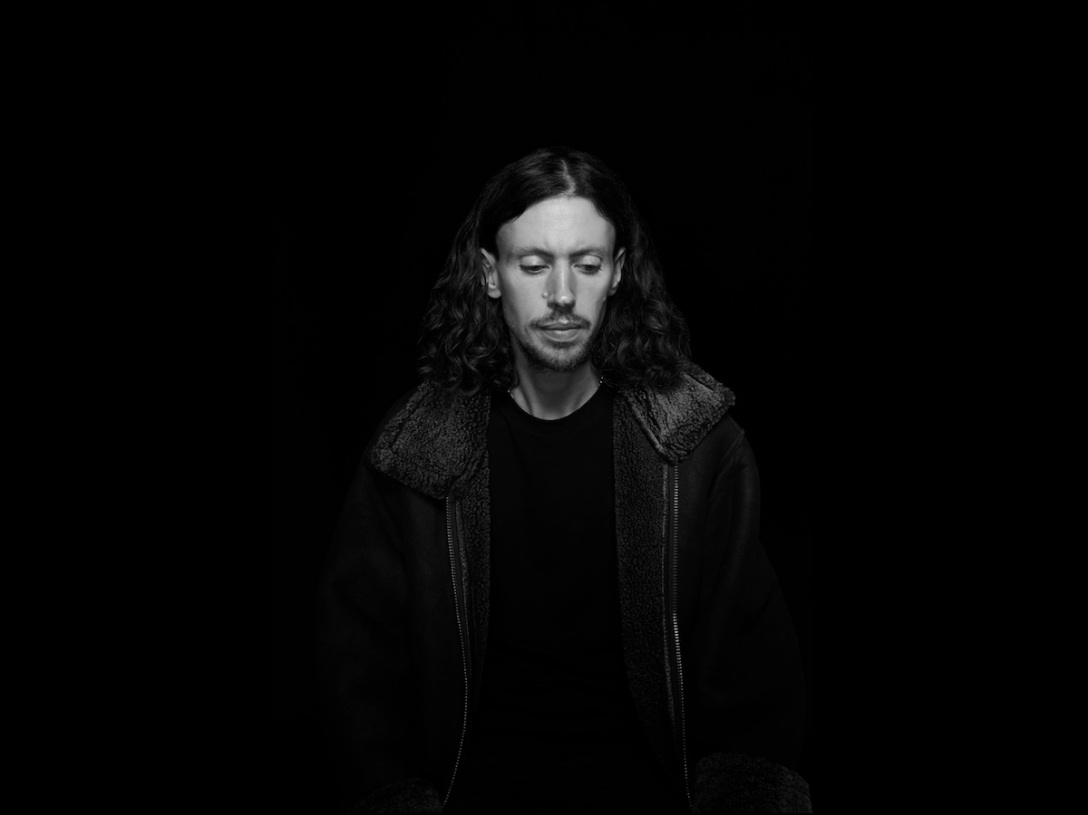 alexander shields has finished a new album under his a grave with no name moniker, wooden mask, due out august 12th via minneapolis imprint forged artifacts.  the album’s first single, “wedding dress,” accompanied its initial announcement and burned slowly, weaving haunting stabs of dissonant guitar through a steadfast andante tempo; now, shields has offered up another cut entitled “house,” and it’s equally eerie, with a mournful, more pronounced lead vocal sitting at the helm of an ambient wash of clean guitars and spacious percussion.  take a listen below.

the consistency of alexei shishkin’s output has made him a regular fixture on the dimestore since early 2015, when singles from the dog tape began floating listlessly through inboxes and headphones.  shishkin creates the kind of bedroom guitar-pop still capable of turning heads in what’s become a very saturated market of home-recorded music; this past february’s excellent yucca street is a testament to this fact, and we’ll let our review of that album do a bit more talking.

we recently caught up with shishkin via e-mail for a quick chat about the general state of things; as a constant creator, it comes as no surprise that he’s been slowly honing a collection of seven cover songs over the past year, a multi-decade snapshot of influences filtered through his signature aesthetic.  we’re more than happy to help shishkin send it off into the ether today.

the aptly-named covers premieres below, after the interview transcript. dig in.

how are things?  your twitter location puts you in new york these days; has the city been conducive to songwriting?

yeah, good good.  i am indeed in new york now – moved here in december.  it actually hasn’t been very conducive for me, believe it or not.  i’m not very comfortable making too much noise where i live right now, so that means when i practice i try to keep it down, and that’s especially shitty for trying to sing.  i felt most comfortable singing and playing back in portland.  while i guess that’s not actually “songwriting,” i tend to improvise most of the words anyways, so i wouldn’t say i do much songwriting, to be honest.

yucca street has been out for a few months; are you the type to let a release percolate for awhile, or have you started picking away at a new project?

if it was up to me, i’d put out everything immediately when i think it’s done.  luckily, matt (at forged artifacts) tends to act as a filter, so fortunately he keeps me from releasing a bunch of half-baked garbage every week.  but yeah, the next full-length thing is due out this fall, the one after that probably spring 2017. (i hope?)  obviously, there’s this covers thing; i’m also doing a weird little side project called celebrity drum circle and cooking up something with my buddy connor of fjord explorer.  i’m hoping to make a trip to rhode island sometime this summer or fall to big nice studio to actually properly record some stuff, maybe – that’s still up in the air.

this might be tangential to your last response, but i’ve gathered via tweets that you’re not too enamored with performing with a live band.  is your sense of artistry more grounded in the act of creation and refinement of a collection of songs?

haha!  that’s a very articulate way of putting it.  honestly, it would be cool to have a band to write and record with, but yeah, touring and shit just seems like such a hassle: coordinating everyone getting off work at the same time, booking all the dates, finding someone with a van, hauling gear around, etc.  it just seems like a logistical pain in the ass with little to no return.  if i had to be part of a band, i’d rather hang around with a group of friends and write and record and just have a good time.

i listened to the original versions of the list of cover songs you sent over.  some were familiar to me, but most weren’t, yet i could pick out their influence on your work pretty easily.  could you speak on the significance of a couple of them and why they wound up in this collection?

“the only one” is a tune my friend ryan (pollie) of los angeles police department wrote.  in a nutshell, ryan is the reason i even got hooked up with forged artifacts in the first place.  without him, i didn’t even realize it was possible to release the music i recorded.

“tell me when it’s over” is a tune by the dream syndicate, a band from california that was around in the 1980s doing the jangle pop stuff (paisley underground) and they had a really great record called days of wine and roses.

“sunny” is just a fun one to noodle around on; infectious progression.

“heaven is a truck” is because i’m a pavement fanboy (sorry not sorry.)

alexander shields makes incredibly pensive and methodical music as a grave with no name, the kind of output that would feel right at home on a label like forged artifacts.  appropriately, the minneapolis imprint will be releasing shields’ newest album, wooden mask, on august 12th.  tethered to today’s announcement is the unveiling of “wedding dress,” a slow-burning lead single hinging on an eerie yet positively bucolic aesthetic that, at times, tempts shields’ lead vocal back into the forest’s underbrush, to be forever consumed by an expanse of ominous guitar motifs.  take a listen to the track below.

bedroom pop has long since reached critical mass.  although batches of home-recorded songs no longer automatically feel as reactionary as they did even just a couple of years ago, a handful of the genre’s purveyors consistently offer up invigorating bodies of work.  alexei shishkin is one such bastion; after laying down a foundation of listlessness and loneliness on the dog tape last year, shishkin returns with yucca street, an inimitable collection of songs that once again peers into the many facets of a transient lifestyle.

much of yucca street feels like the aural manifestation of things you might think about while staring bleakly out of a passenger train’s window.  shishkin wastes little time reaffirming his downtrodden demeanor; the opening bars of the album’s title track (“haven’t made a meaningful connection in years / everyone always disappears or is it me?”) emit in a mumbling, despondent baritone and firmly plateau across the subsequent ten tracks.

yet shishkin is never explicitly woe-is-me in his delivery.  he hesitates, routinely second-guesses decisions, and diligently assigns blame to the appropriate party, even if it’s himself.  it’s this diplomacy that helps yucca street transcend selfish, sad-sack trappings and navigate towards a realm of true introspection, embodying an almost-universal stream of consciousness that may be convenient to ignore but extremely beneficial to heed.

a handful of lighter moments do occasionally peer out through the gloomy haze that pervades yucca street.  shishkin accomplishes this most notably through timbral juxtapositions, with pristine keyboard melodies jumping out of the buzzsaw foundations on tracks like “confidence” and “town,” but there’s also a nonchalant affect that creeps through his lyrics, as if his woes are in transit and haven’t yet reached their final destination.

on “carpal,” a song that has no business being as inherently catchy as it is, shishkin states his central thesis: “that’s fine with me.”  those four words encompass every shoulder shrug, every acceptance of a less-than-favorable situation detailed on yucca street.  he’s still able to carve transcontinental locations into poignant reflections – and “stuck” exhibits a tentative shishkin at his most vulnerable – but yucca street largely resonates as a handbook for dealing with transitions, a series of quick, calming anecdotes to help keep a level head in times of constant reflection.

wanderlust comes crashing back to reality on the opening line of alexei shishkin’s new single, “yucca street,” the title track of his forthcoming sophomore album.  “haven’t made a meaningful connection in years / everyone always disappears or is it me?” he muses after meandering into the song’s foreground, bolstered by warm, home-recorded guitars and an unexpected piano interlude that joyously contrasts an otherwise-downtrodden demeanor.  yucca street is out february 19th via forged artifacts; dig into the title track below. 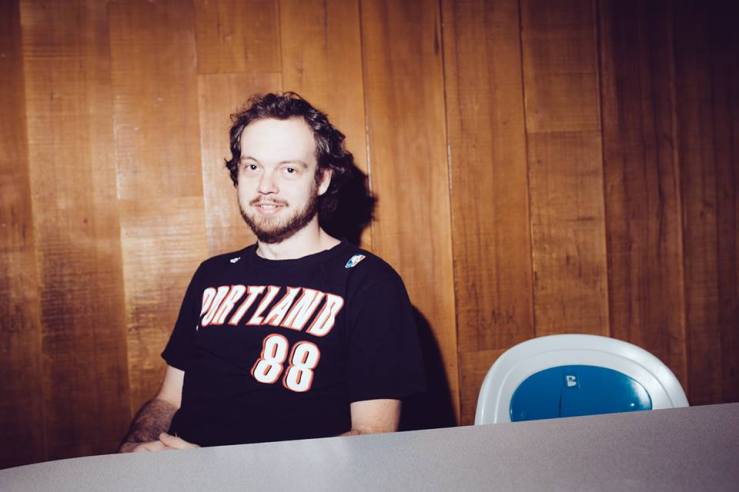 despite only having two songs under his belt, alexei shishkin has firmly attached a nomadic element to his persona.  both “santa cruz” and “goodbye chile,” his latest offering, are odes to former homes: places that bred familiarity but not necessarily contentment.  on “goodbye chile,” shishkin waxes nostalgic (“i was moving slow motion all the time / i was living five miles from the ocean side”) over guitar interjections and stabs of liquid synthesizers, the latter perhaps an allusion to the song’s thematic material.  “goodbye chile” is taken from shishkin’s upcoming cassette for forged artifacts, out in april; take a listen below.

lovesickness and homesickness intertwine throughout alexei shishkin’s “santa cruz,” sentiments masked ever so slightly by an apathetic delivery.  shishkin’s debut single is a supremely-crafted piece of understated pop, replete with lazy syncopated drums, hollowed-out guitar chords, and a droning baritone skilled at both hesitant concessions and heart-felt confessionals.  more plaintive narratives are sure to follow, as “santa cruz” is the first cut taken from shishkin’s upcoming cassette for minneapolis label forged artifacts.  check out the track below, and look for (the dog tape) on april 14th.