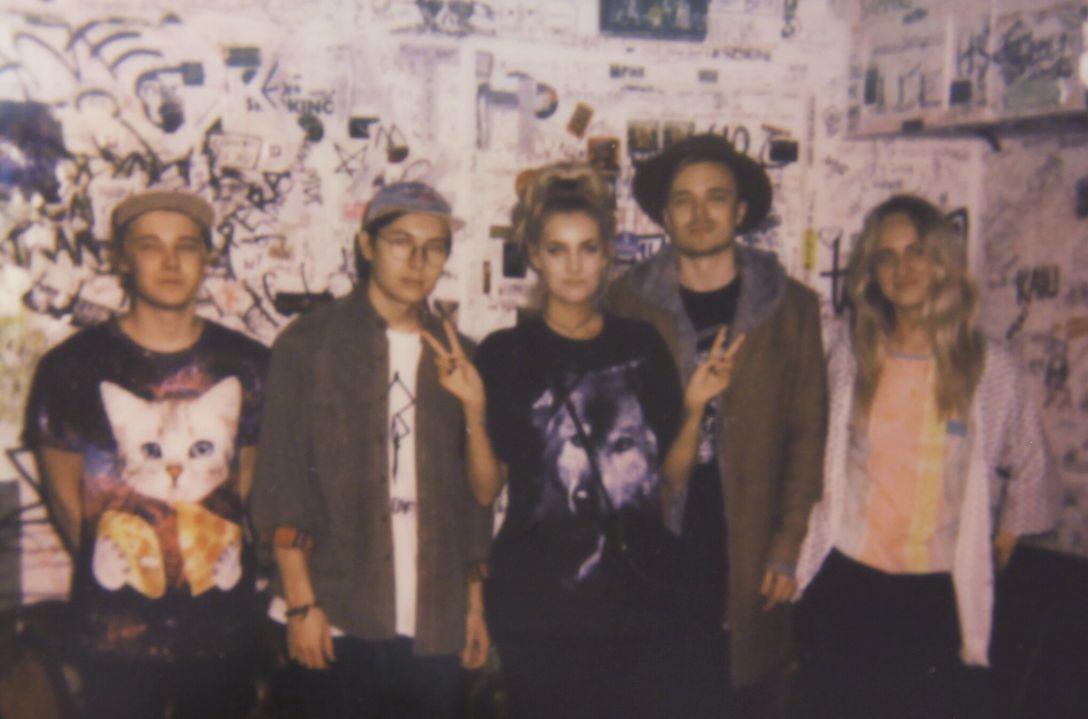 in a little more than a month, the finnish quintet cina polada will drop their self-titled debut extended play via the swedish label strangers candy.  after sharing its cascading lead single, “gloom,” earlier this summer, cina polada has returned with the ep’s closing number, “nowhere.”

arguably even more propulsive than its predecessor, “nowhere” is centered on the tumultuous union of a frenetic drum line and a dizzying guitar melody, which pummel the song’s texture in tandem while a cavernous lead vocal glides effortlessly through its stratosphere.  once again, cina polada proves to be extraordinarily adept at sculpting irresistible snippets of pop perfection.

cina polada arrives september 29th; get swept away by “nowhere” below.

finnish quintet cina polada make a brand of pop music that is dreamy only in terms of the ambiance swirling in the background of any given track; the foreground is often equal parts effervescent and propulsive, with melodic motifs and arpeggios jostling for space amidst busy drum parts and a soaring lead vocal.

all of those components are on display throughout “gloom,” the group’s excellent lead-off single culled from their self-titled debut ep, out september 29th via the swedish imprint strangers candy.  a bass line that would satisfy the progenitors of post-punk ushers in a cascade of guitars and synths which explore the various peaks and valleys of the song’s lush landscape, waning with the arrival of hilla miettinen’s vocals and waxing as they drift out of focus.  the result is one of the most pleasant three minutes of pop to be heard all summer long.

take a listen to “gloom” below.