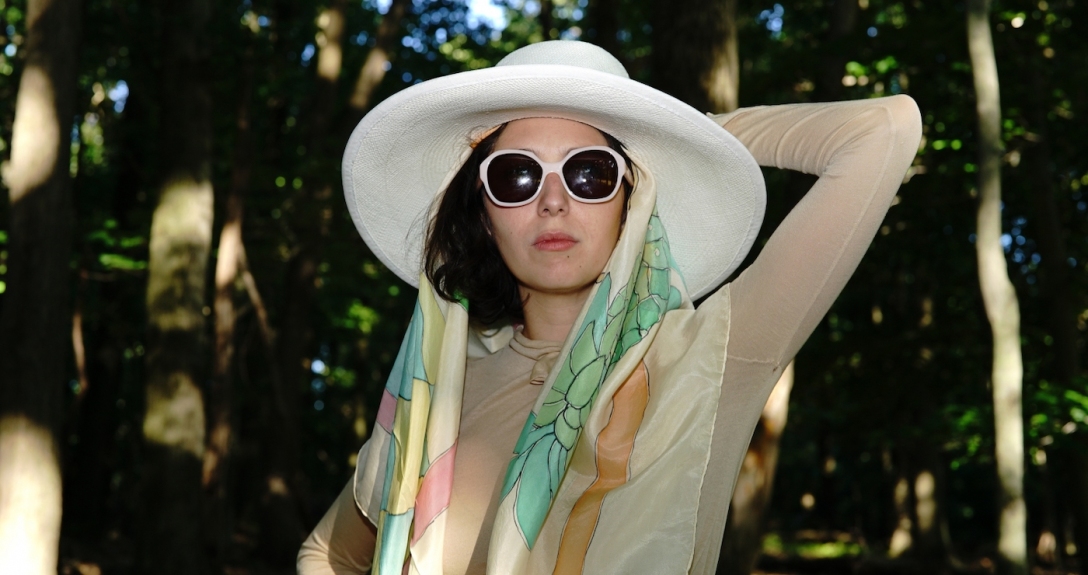 in the three years since her excellent debut full-length amparo, maria usbeck experienced and ruminated on the prospect of aging, weaving those observations into a complex, more challenging sophomore effort, the aptly-titled envejeciendo.

the album’s lead single, “amor anciano,” bridges the gap between its predecessor’s sunnier affect and the preoccupation and introspection that heavily populates envejeciendo. delivered in spanish and retaining usbeck’s signature sheen, “amor anciano” grapples with long-lost love, the subtle, aching nostalgia becoming explicit as field recordings bubble to the surface. 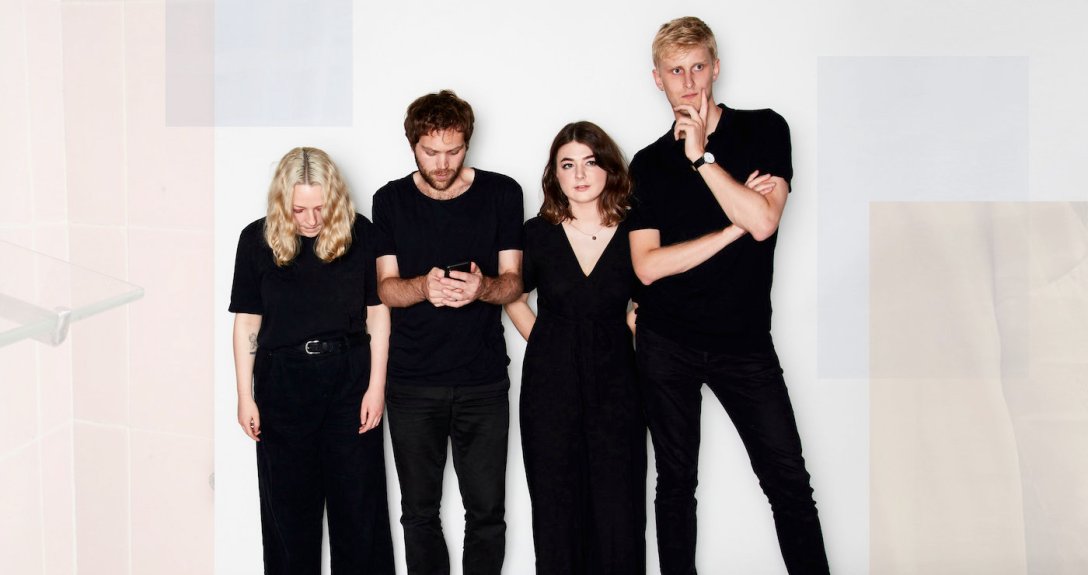 after releasing last year’s glimmering EP III and fulfilling their contract with cascine, yumi zouma decided to try something they’d yet to do: release a standalone single.

that single, “bruise,” feels a bit more direct than much of the band’s catalogue, but still very much within their wheelhouse; its origins are in the departure of yumi alum sam perry in 2017 and timbaland’s mid-2000s production cues, a percussion-heavy cut that finds yumi zouma in the foreground on the dance floor.

read more about the band’s new trajectory over at i-d and listen to “bruises” below. 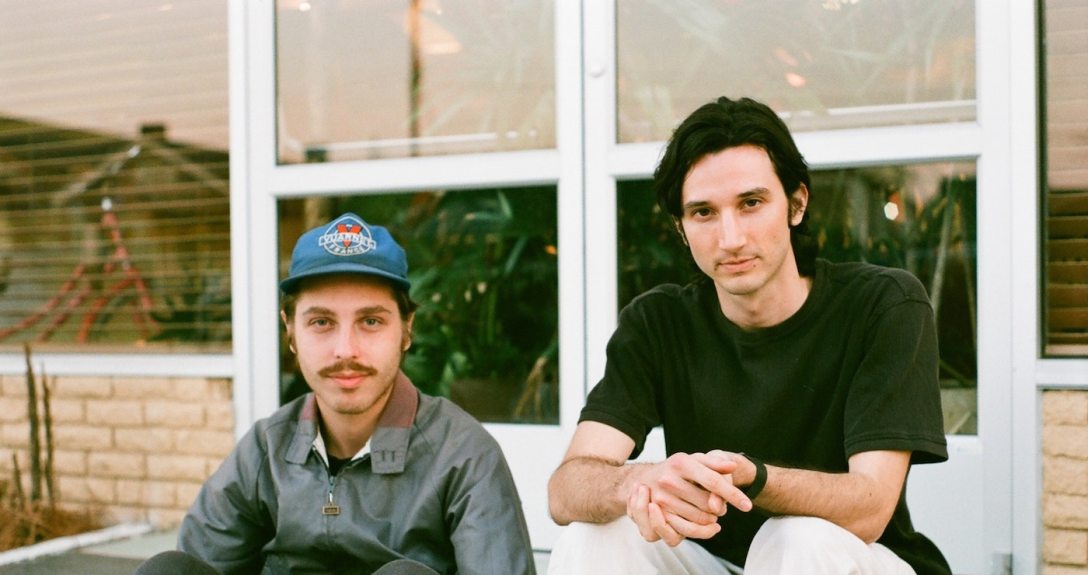 staying on top of every new release is hard.  staying on top of every new release is even harder when your blog uses language that suggests multiple people are cogs in the machine, but really you’re just flailing helplessly by yourself, trying not to drown in a heavily-saturated inbox.  “fashionably late” is a remedy, an intermittent feature designed to showcase particularly special albums or EPs that evaded us (there i go again) during their structured press cycle.  next up is the sophomore full-length from video age.

A song of the summer is among the last bastions of the monoculture, something still largely dictated by radio play and its overall utility.  an album of the summer is a bit more fickle.  the latter isn’t as ubiquitous, in turn exponentially more subjective, and the date of its arrival a bit less indicative of its endurance.  pop therapy, the sophomore full-length from the new orleans duo video age, makes a strong case for contention as this year’s go-to album of the summer, its eleven tracks an instant portal to FM synth-laden, compressed guitar-driven sonic nostalgia.

on their 2016 debut, living alone, bandmates ross farbe and ray micarelli turned in a guitar-pop masterclass coyly disguised as a deep dive into 1980s synthesis.  its successor sheds any semblance of a veneer and puts its synths squarely in the foreground, with lush pads, aqueous bass lines, and brassy squelching leads all converging as an aural thesis for an incredibly timeless new wave exercise.

opening number “lover surreal” is a no-holds-barred take on this approach, a legion of yamahas cresting towards the crystalline cadences of the chorus, but the synth’s reign is often more subtle, machiavellian even: “days to remember” masquerades as the most immediate callback to living alone, only to be disrupted by a buoyant synth motif that instantly shifts the track’s tenor, while the gorgeous, understated fantasy “paris to the moon” is underscored by pulsing chord progressions and the soft detuned wanderings of sustained notes. 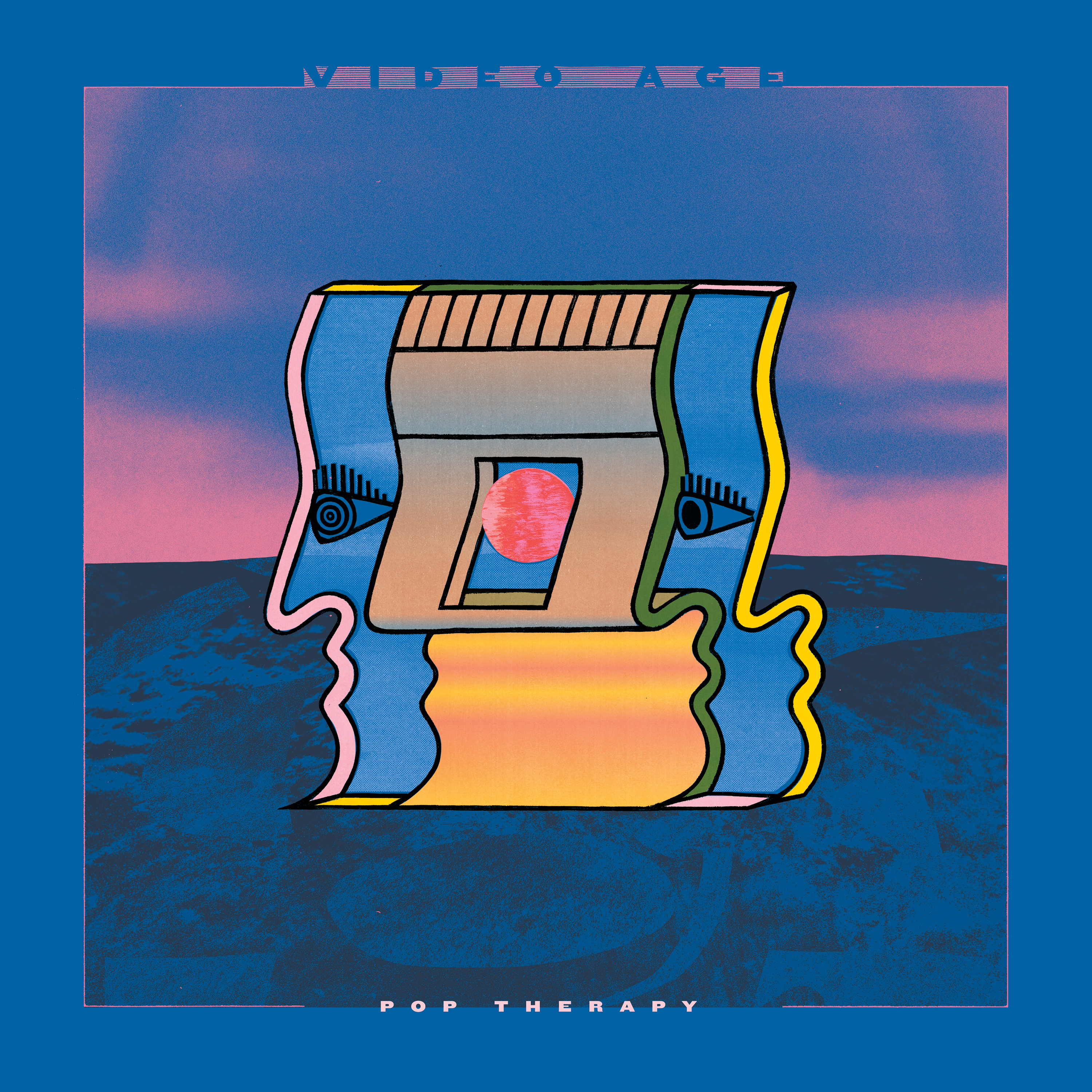 admittedly, it’s rather easy to get lost in the glassy production and utmost care that farbe and micarelli put into the arrangements across pop therapy.  if the first listen is defined by the album’s immediate accessibility and awareness of what constitutes a memorable hook, then subsequent passes through can easily be dedicated to nuance, either by exploring each timbre in isolation or examining how they function in concert, often shifting fluidly from melodic to counter-melodic to rhythmic duties.  pop music is, for better or for worse, often defined by the applicability of its lyrics, however; video age don’t disappoint in this realm, either, turning in a booklet that demonstrates their understanding of a simple refrain’s impact alongside an introspective depth.

dealing in the wistful and the nostalgic is all but expected of a band with such a sonic palette, but farbe drills beneath surface level observations across pop therapy.  “hold on (i was wrong),” a mid-tempo number with the split personality of a dance track and a ballad, hones in on the minutiae of a concession; the fantastically-meta “echo chamber” makes references to its digital namesake while emulating the recording structure, the couplet “in my catacomb / slap-back telling me i’m not alone” solidifying its place as a studio engineer’s anthem; the gait and brassy synth swells of “scenic highway” converge on a portrait of a contemplative scenic drive.

as its title implies, pop therapy finds video age exploring the genre’s propensity for healing.  indeed, its title track contains their most direct and compelling mantra: “pop therapy / it’s easy.”  in an interview with the new orleans advocate, farbe pushes back on the cynicism attached to the concept of pop therapy, saying “it’s actually positive. i’m quoting ray here, but the ’80s music we listen to has a really victorious, heartwarming, enthusiastic feeling to it.  and it’s just these specific chord progressions a lot of times.  so ray said, ‘it’s easy! you can make yourself feel better by playing these chords.'”  with nearly two dozen songs under their belt to back up that proclamation, it appears that video age may be onto something.

the collection’s lead single, “claudion,” is a beautiful ode to companionship, deland’s voice awash in syncopated synth pads as she recalls a near-fateful night averted by a dedicated friend.  a buoyant motif enters alongside the refrain’s arrival, the final stitches on an aural swaddling blanket that gradually envelops everything in its path. 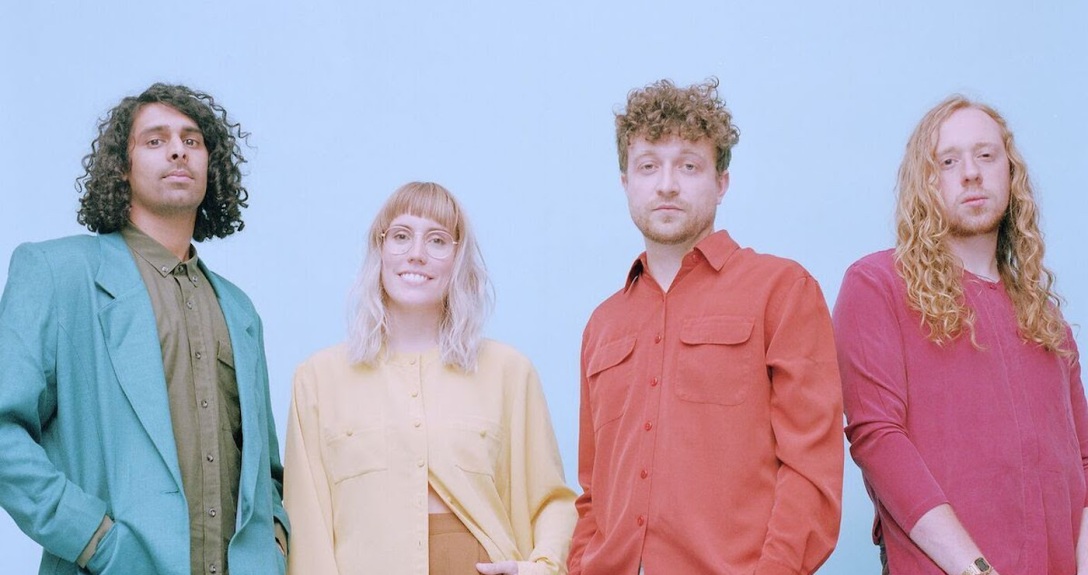 the toronto quartet favours have turned in a transfixing opening statement to their tenure.  “in the night,” the band’s debut single, arrived late last week with a pastel-hued music video in tow, its swirling slow motion and overall tenor the perfect visual vessel for a striking synth-pop ballad.

an eerie central motif, shared by both guitar and synth, lurks throughout “in the night,” compounded by a co-lead vocal whose simultaneous delivery in unison feels like the same narrative advancing in parallel universe.  along with its unsettling, criterion-inspired visual counterpart, the debut effort from favours is a surreal sonic daydream, one that feels impossibly fresh and familiar at the same time.  experience “in the night” below. 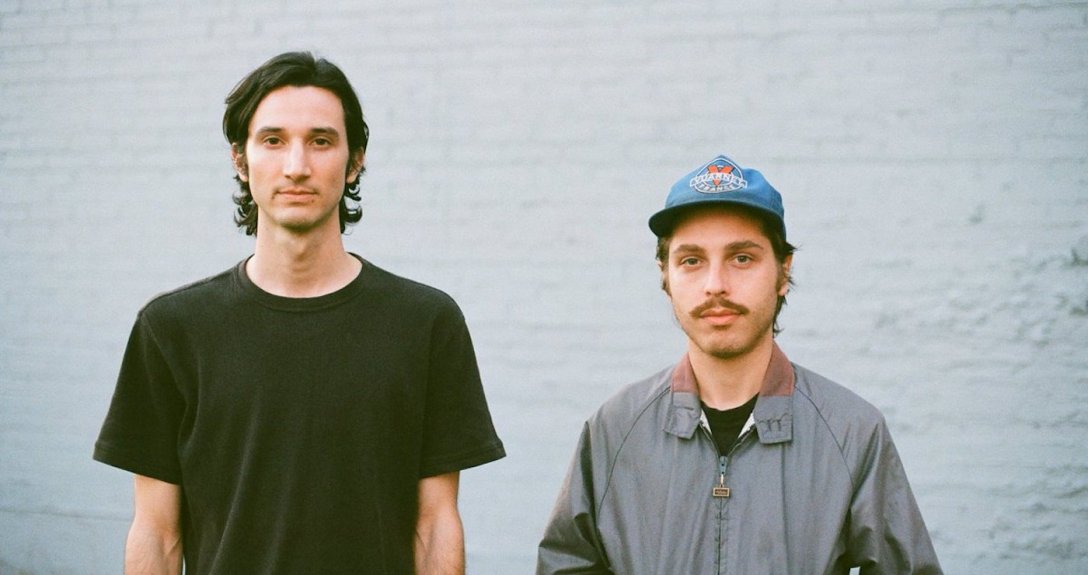 the new orleans duo video age have trafficked in lush, infectious synth-pop for a minute now; their 2016 debut living alone is a chilled-out, ten-track collection populated by washes of analog synthesizers and warbly guitar lines, its adroit vocal melodies providing the finishing touch.  tomorrow, ross farbe and ray micarelli will release their follow-up, pop therapy, its advance singles providing every indication that this full-length will be as enticing as its predecessor.

the latest of those singles, “days to remember,” finds video age riding a crisp chord progression, its titular hook augmented by a nimble guitar motif as it imprints its contours on auditory senses.  throw in a scene-stealing synth melody courtesy of collaborator duncan troast, and “days to remember” becomes the perfect vessel of fond recollection, its brief pauses providing just a tinge of melancholy.

pop therapy arrives tomorrow via inflated records.  check out “days to remember” below. 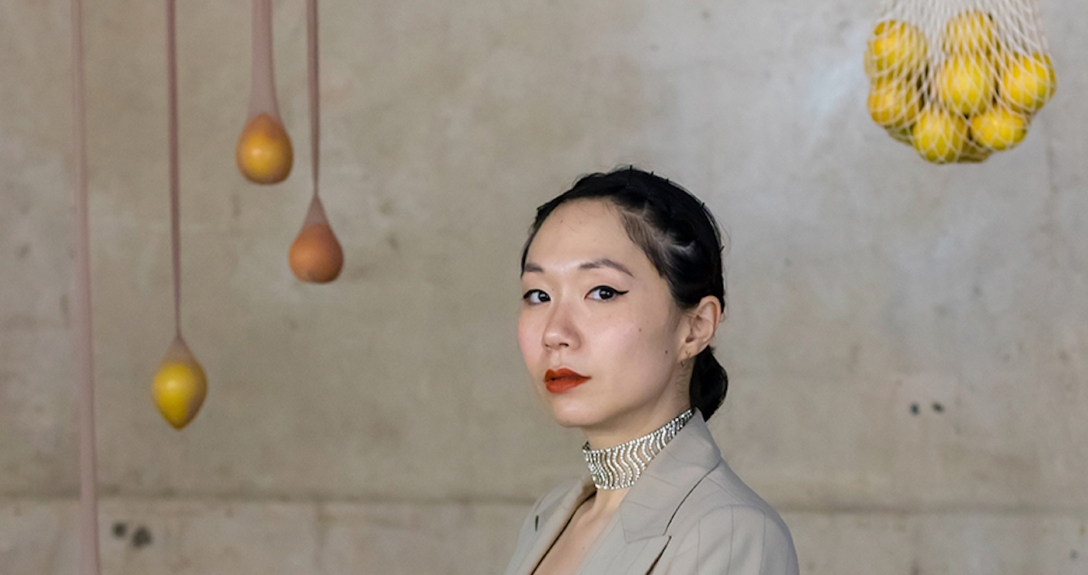 the houston-based musician mandy kim clinton creates lush pop music under the moniker pearl crush, a vessel well-suited for navigating her dual identity as a korean-american.  clinton will release her debut extended play, coax me out, next month via poison moon records, a label she co-founded.  “bend until u break + 원주시,” the project’s lead single and closing number, is an invigorating glimpse into clinton’s rich sonic habitat.

an elastic bass line exists in a parallel subterranean realm from the dreamy fm synths twinkling above, but clinton’s lead vocal astutely straddles the dichotomy, musing about the physical manifestations of emotional exhaustion in warm harmonies.  elements of the track appropriately bend and break, be it the fractured synth motifs that chime in in between verses or clinton’s well-placed elongations of certain words or phrases. 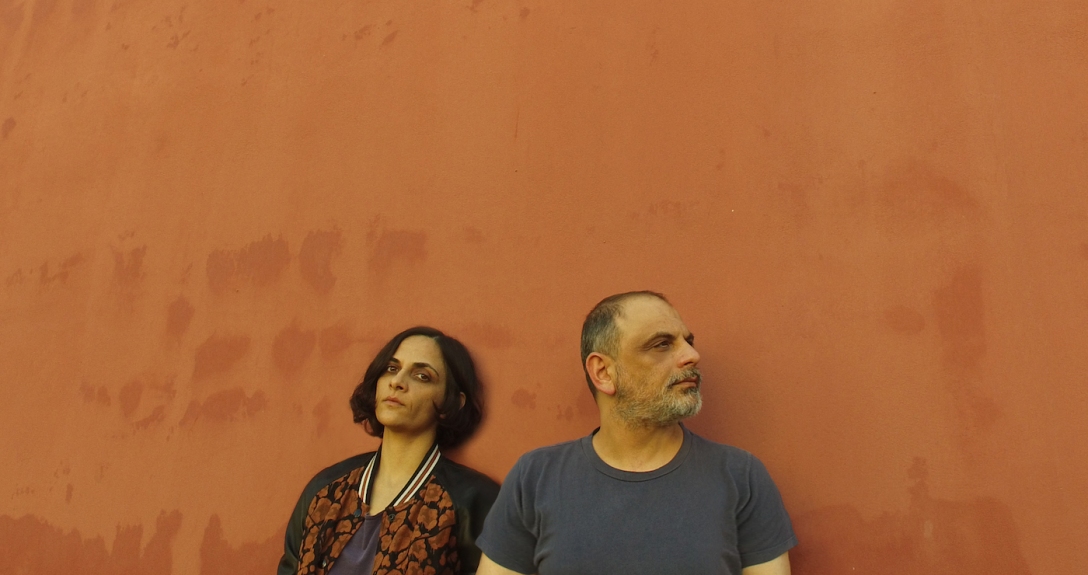 angeliki and serafim tsotsonis craft intimate snippets of expansive, dreamy pop in their respective home studios in greece; the sister-brother duo carefully piece these fragments together and offer up the final results under the moniker ocean hope.  a 2015 extended play, chamber dreams, suggested contentment with the secluded, a quiet exploration of their aesthetic’s intricacies, but upon further review this approach seems to be a mere foundation, the duo’s ceiling still far out of sight.

later this month, ocean hope will release rolling days, their first full-length effort.  its ten tracks burst wide open with a technicolor aural palette, thick analog synthesizers and prominent lead vocals filtered through its kaleidoscopic lens.  earlier singles “devotion” and “my baby” are a testament to this newfound boldness, a tendency that certainly extends to the album’s third offering, “holy bound.”

“holy bound,” with its familial lyrical tinge, is a capsule of the nostalgic escape ocean hope provide throughout rolling days, seasick guitars stumbling into a cascading synth melody while angeliki’s vocals resonate throughout.  paired with a robust bass line and a contemplative saxophone outro, “holy bound” is saturated but not overflowing, a bounty of textures that continue to reveal new facets of themselves upon repeated listens.

rolling days is due out may 25th via the ever-reliable folks at hush hush records.  listen to “holy bound,” premiering here on the dimestore, below. 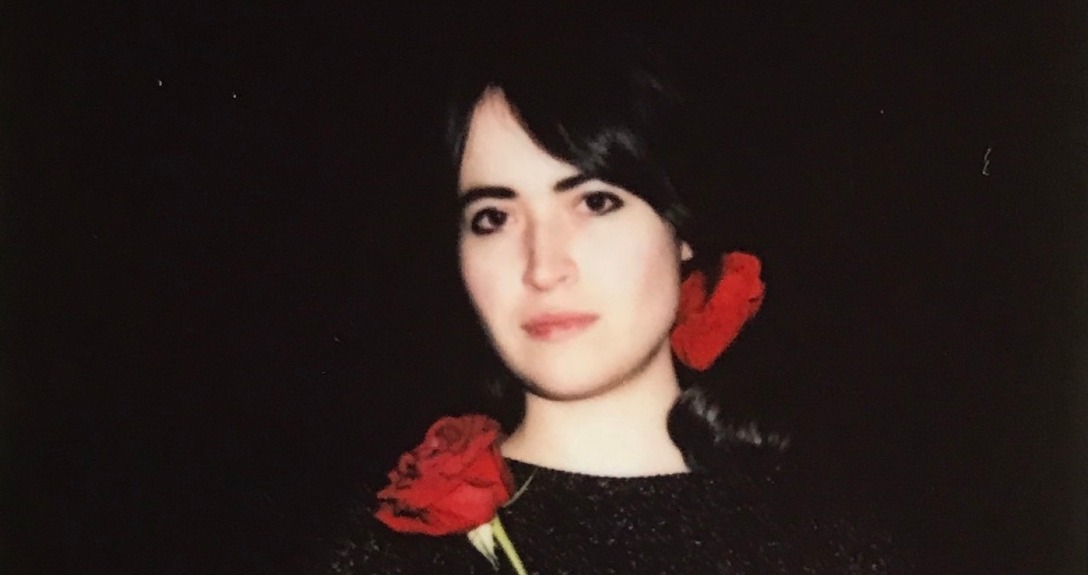 – featured images courtesy of the artist –

perhaps you’ve come across accolades for pat moon on this website before; if so, allow us to indulge a bit.  2016’s don’t hide from the light is a timeless debut, eight songs of spectral, ambient pop that provide a window into kate davis’ synth-driven aural dreamscape.  the portland-based musician announced a follow-up album, romantic era, earlier this spring, a highly-anticipated release that will arrive may 18th.

in contrast to the murky, haunting lead single “medieval spells” lies a more crystalline offering from romantic era, “spiraling.”  crystalline is, of course, a relative term; in the realm of pat moon, vocals will always stack to the stratosphere, a hazy choir that smears into similar synth timbres. 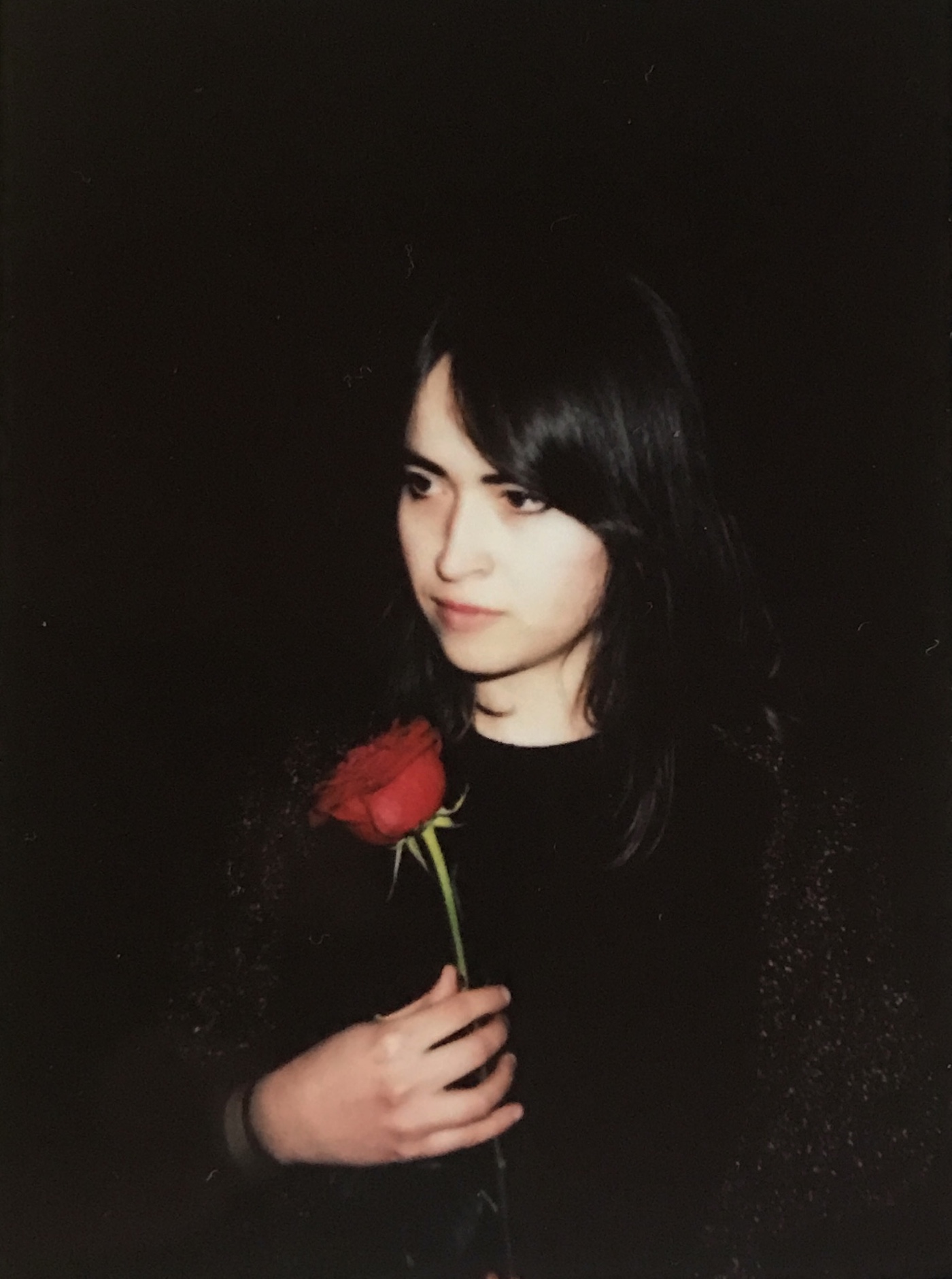 “spiraling,” with its shuffling percussion and glassy arpeggiations, is quintessential pat moon, the project in its finest form.  the track’s back half unravels ever so slightly and slowly, embodying its title while peeling back outer layers to expose an even more pensive core.  “spiraling” premieres today, right here on the dimestore.  get lost in the excellent new track below. 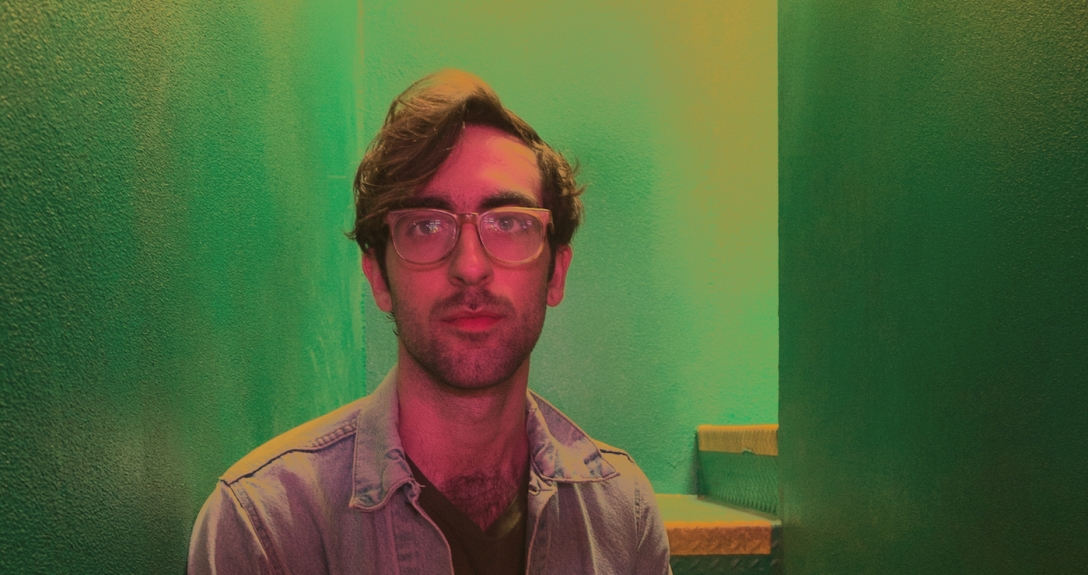 the st. paul-based musician con davison has spent time playing in various twin cities bands, most recently bad bad hats and dreamspook, the latter of which turned in one of our favorite albums of 2017.  after years in a supporting role, davison has struck out on a solo venture under his own name, and the project’s debut single proves fruitful and intriguing.

“somebody else” is anchored around an ambling, ascending piano progression, with swift descending interjections occasionally jarring its progress.  the presence of davison’s lead vocal is immediate, a warm tenor that’s as effective dry in observations as it is doused in delay and reverb during more ruminative passages.  “somebody else” really comes into its own when the track’s main motif is introduced, a woozy melody that winds its way around vocals and worms its way into ears.

groove-laden and impeccably arranged, “somebody else” is a resounding opening statement that hopefully presages a larger body of work to come.  take a listen below.