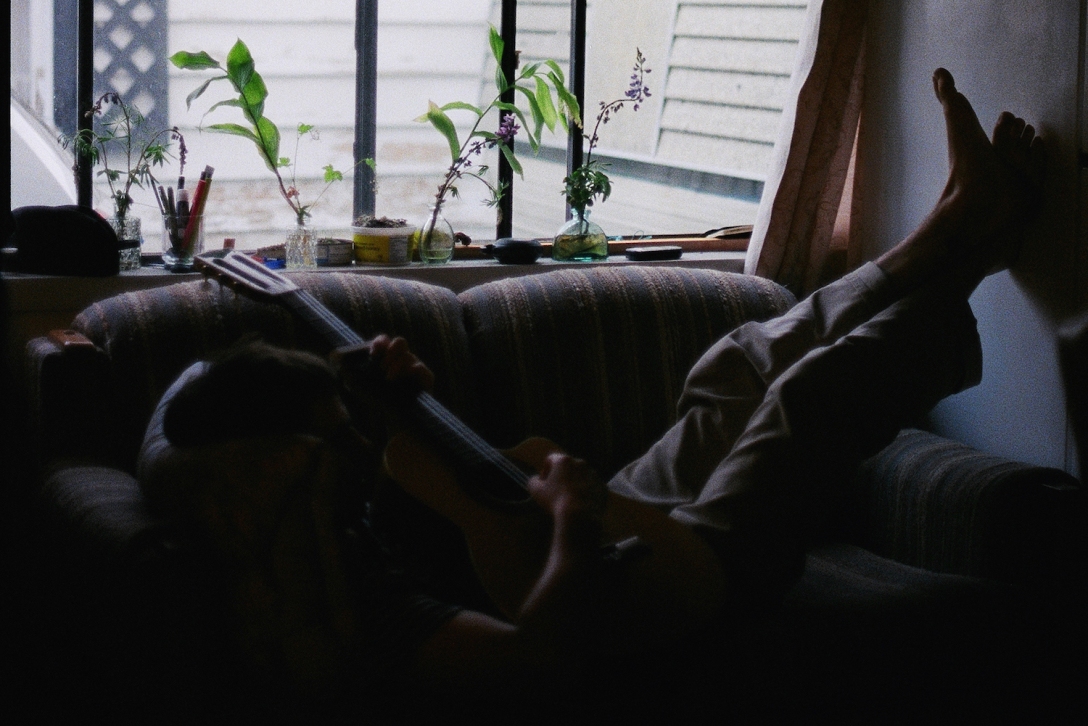 little more than a year after releasing harland, the montreal-based singer-songwriter harley alexander is gearing up for the advent of a new mini-album, spill kid.  alexander leads somewhat of a nomadic lifestyle, splitting his time between performing in montreal and planting trees clear across the country, just outside of vancouver.  it was on the west coast that this latest batch of songs took shape; nestled in amongst nurturing tape hiss and warm acoustic guitars are slightly poignant ruminations on alexander’s surroundings.

“tiny bricks,” the first offering from alexander’s forthcoming release, studiously evokes every facet of this aesthetic.  inside a simple structure of drum programming and softly-strummed chords lies a hazy narrative, one that examines the soothing familiarity of nature as it relates to a smattering of interpersonal vulnerability.  punctuated by a mournful melodic motif that sustains throughout its coda, “tiny bricks” is an excellent glimpse into the intimate environment that is spill kid.