it’s nearly time to unveil our favorite full-length albums of 2014, but for now we’ll tease a handful of albums that didn’t quite make the cut in order to build some unnecessary suspense.  the following five albums aren’t ranked – instead, they’re presented in alphabetical order – and adequately represent the large musical palate made available this year.  as you may have noticed with previous posts, links to stream relevant content are provided in the titles.  dig in. 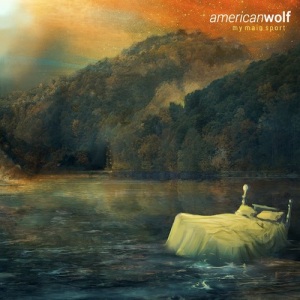 chicago’s american wolf certainly isn’t immune to the emo resurgence currently underway across the midwest, but the quintet has enveloped that aesthetic safely inside more atmospheric ambitions.  seven of the eight songs on my main sport are sprawling efforts – the shortest one clocking in at four minutes, the longest flirting with the eight-minute mark – wrapped up in intricately-layered guitar melodies that build patiently to each individual apex.  it’s the kind of dreamy pop music that bides its time in the background before fully unleashing its cacophonous potential.  some songs burn slowly, like the early standout “may” and “cave fantasy,” but american wolf is also adept at executing straight-ahead, unabashed alternative rock in the form of “evil eyed.”  sal plant’s counter-tenor is eerily reminiscent of brian aubert’s work in silversun pickups while joe sherman’s meticulous drumming makes my main sport a trip to experience rhythmically, two traits that bookend an impressive melodic and harmonic journey from one of chicago’s preeminent outfits. 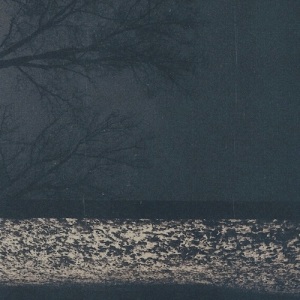 with the runaway success orchid tapes experienced during the final half of 2014, it’s understandable that some of the label’s earlier releases may have skirted the public eye.  ricky eat acid’s three love songs is an obvious exception (more on that tomorrow,) but a trio of releases were decidedly low-key.  at the forefront of that pack was aaron powell’s fog lake, a newfoundland-based solo project that exudes the bedroom pop trope so commonly associated with orchid tapes.  virgo indigo contains twelve songs, most of them short works directed by powell’s voice and guitar, although the appropriately-hokey “mad scientist” is based around a playful piano progression.  it’s commendable that powell can evoke such emotion and overall bleakness using a relatively static approach to composition, but this is largely aided by strong forays into ambient territory; virgo indigo is bookended by two such songs, and its centerpiece “transcanada” is the soundscape to a snowstorm, a poignant representation of sheer isolation. 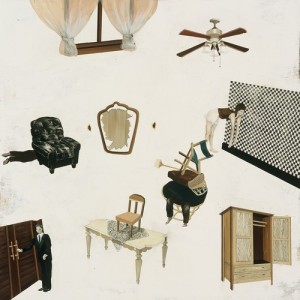 gem club has been composing heart-wrenching ballads for some time now, but the boston trio hit their stride on their second full-length, in roses.  christopher barnes and his piano are still the focal points of the project, but an increased sense of ambiance is injected to make the trio’s plaintive sounds less plain and more complex.  the interplay between barnes and cellist kristen drymala is more prevalent as well, compounding gem club’s somber mood in a different timbre on sprawling tracks like “first weeks” and “polly,” but the trio really benefits from the extra time spent on arrangements and studio overdubs.  the synth ostinato on “hypericum” provides a sense of momentum so often absent from gem club’s material, and it’s easy to hear how doubled and harmonized string lines flesh out the overall orchestration.  regardless of the instruments used, it’s hard to dispute the sheer beauty of in roses.  acoustic timbres collide with barnes’ laments on “speech of foxes,” but the song’s gradual descent into ambient noise is indicative of the fragility gem club has come to represent, in its antecedent state and in its aftermath. 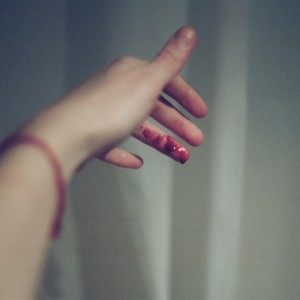 from the first arpeggiated piano melody on shallow, it’s clear that charlotte loseth has succeeded in capturing a mournful aesthetic similar to that of her predecessor on this list, but one that deviates down a slightly different path.  percussion plays a more prominent role in sea oleena’s music – and on this album more so than any of her other releases – yet the instrument’s true power is felt once it’s taken away; then the contrast of loseth’s ideas become that much more stark.  after a tight execution over the first half of opener “if i’m,” loseth trades in that thought for a rambling, ambient one that sprawls over the next twenty minutes of the album, lowering her voice gently into a pool of thick reverb as she jockeys between a guitar and a piano to provide harmonic support.  when loseth surfaces from the stupor on “everyone with eyes closed” a low-end thump does indeed dictate each downbeat, but she’s now snuck in a wealth of grating strings, one that must be contended with directly on the album’s penultimate epic, “vinton, la.”  shallow is the kind of album one can easily digest on the cusp of sleepiness, yet it’s also one that demands a thorough investigation as to why lethargy is inevitable upon listening. 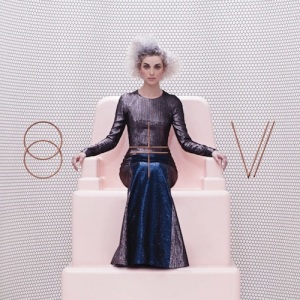 yeah, st. vincent’s fourth album may also be titled “st. vincent,” but to simply refer to it as her self-titled album may be shorting her some credit.  st. vincent is a complete immersion in the persona annie clark has so meticulously crafted over the past decade, as evidenced by her visual transformation, adoption of symbols, and the sheer outlandish nature of the songs inside the album.  but outlandish is good, as it allows clark – who has become entirely consumed by st. vincent at this point – to lash out with her guitar, yielding songs like “prince johnny” and “huey newton.”  st. vincent is also her most lyrically ambitious effort yet, as she portrays a dystopian world ruined by technology (“digital witness”) and tries her hand at humor (“birth in reverse”) all while holding up her characteristic tropes of religion and metaphor.  but peel back the accolades and the tremendous musical accomplishment clark has achieved and st. vincent is unabashedly fun, a whirlwind of a record so dizzying that it takes infinite listens to fully absorb and dissect.